The Young Adults Fellowship (Geared) is for those who have finished high school and provides a relaxed environment to learn and be challenged by the Bible, meet others your age, pray together and build up one another.

Every Wednesday night from 8:00pm to 10pm

Anyone between high school and working. 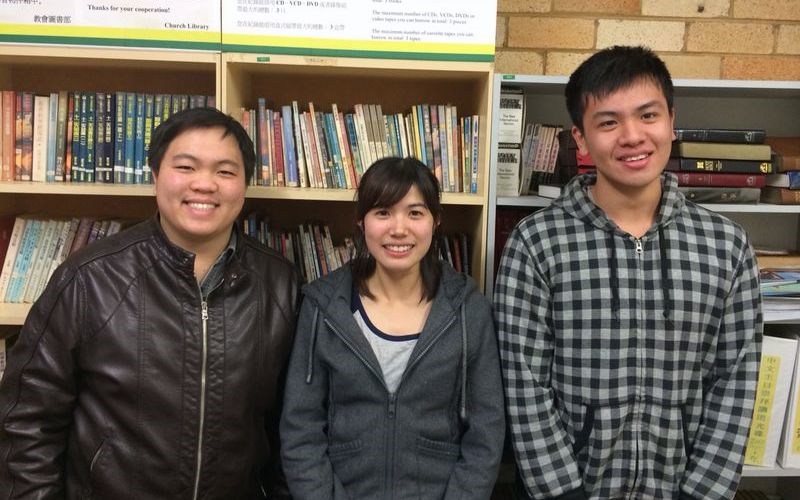 For more information or to join the Geared (Young Adults Fellowship) group, Contact Pastor Iru via email at iru@bhcbc.org.au or phone 0433 875 117.

Light of the World

Big Idea: Jesus claims he is the light of the world, his disciples are those who hold onto his teaching and belong to the Father, whilst others belong to the devil.

What does it mean for Jesus to be the Light of the world?

12 Again Jesus spoke to them, saying, “I am the light of the world. Whoever follows me will not walk in darkness, but will have the light of life.” 13 So the Pharisees said to him, “You are bearing witness about yourself; your testimony is not true.” 14 Jesus answered, “Even if I do bear witness about myself, my testimony is true, for I knowwhere I came from and where I am going, but you do not know where I come from or where I am going. 15 You judge according to the flesh; I judge no one. 16 Yet even if I do judge, my judgment is true, for it is not I alone who judge, but I and the Father[a]who sent me. 17 In your Law it is written that the testimony of two people is true. 18 I am the one who bears witness about myself, and the Father who sent me bears witness about me.” 19 They said to him therefore, “Where is your Father?” Jesus answered, “You know neither me nor my Father. If you knew me, you would know my Father also.” 20 These words he spoke in the treasury, as he taught in the temple; butno one arrested him, because his hour had not yet come.

The Bread of Life

After this Jesus went away to the other side of the Sea of Galilee, which is the Sea of Tiberias. 2 And a large crowd was following him, because they saw the signs that he was doing on the sick. 3 Jesus went up on the mountain, and there he sat down with his disciples. 4 Now the Passover, the feast of the Jews, was at hand. 5 Lifting up his eyes, then, and seeing that a large crowd was coming toward him, Jesus said to Philip,“Where are we to buy bread, so that these people may eat?” 6 He said this to test him, for he himself knew what he would do. 7 Philip answered him, “Two hundred denarii worth of bread would not be enough for each of them to get a little.” 8 One of his disciples, Andrew, Simon Peter’s brother, said to him, 9 “There is a boy here who has five barley loaves and two fish, but what are they for so many?” 10 Jesus said, “Have the people sit down.” Now there was much grass in the place. So the men sat down, about five thousand in number. 11 Jesus then took the loaves, and when he had given thanks, he distributed them to those who were seated. So also the fish, as much as they wanted. 12 And when they had eaten their fill, he told his disciples, “Gather up the leftover fragments, that nothing may be lost.” 13 So they gathered them up and filled twelve baskets with fragments from the five barley loaves left by those who had eaten.14 When the people saw the sign that he had done, they said, “This is indeed the Prophet who is to come into the world!”

The Authority of Jesus

5 After this there was a feast of the Jews, and Jesus went up to Jerusalem.

2 Now there is in Jerusalem by the Sheep Gate a pool, in Aramaic  called Bethesda, which has five roofed colonnades. 3 In these lay a multitude of invalids—blind, lame, and paralyzed.[c] 5 One man was there who had been an invalid for thirty-eight years.6 When Jesus saw him lying there and knew that he had already been there a long time, he said to him, “Do you want to be healed?” 7 The sick man answered him, “Sir, I have no one to put me into the pool when the water is stirred up, and while I am going another steps down before me.” 8 Jesus said to him, “Get up, take up your bed, and walk.” 9 And at once the man was healed, and he took up his bed and walked.